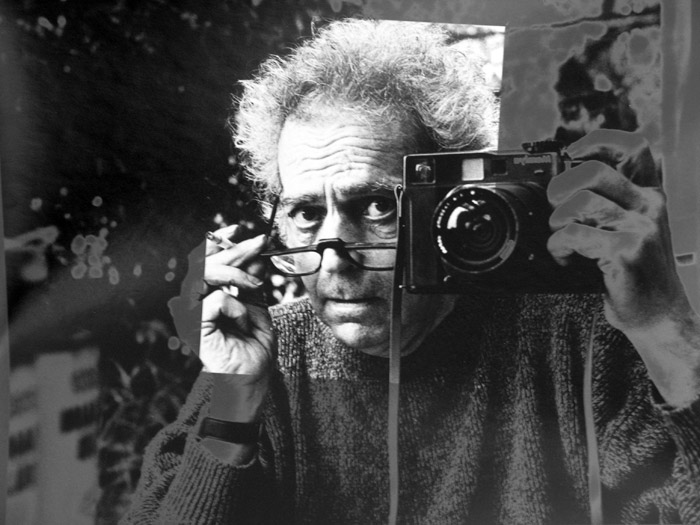 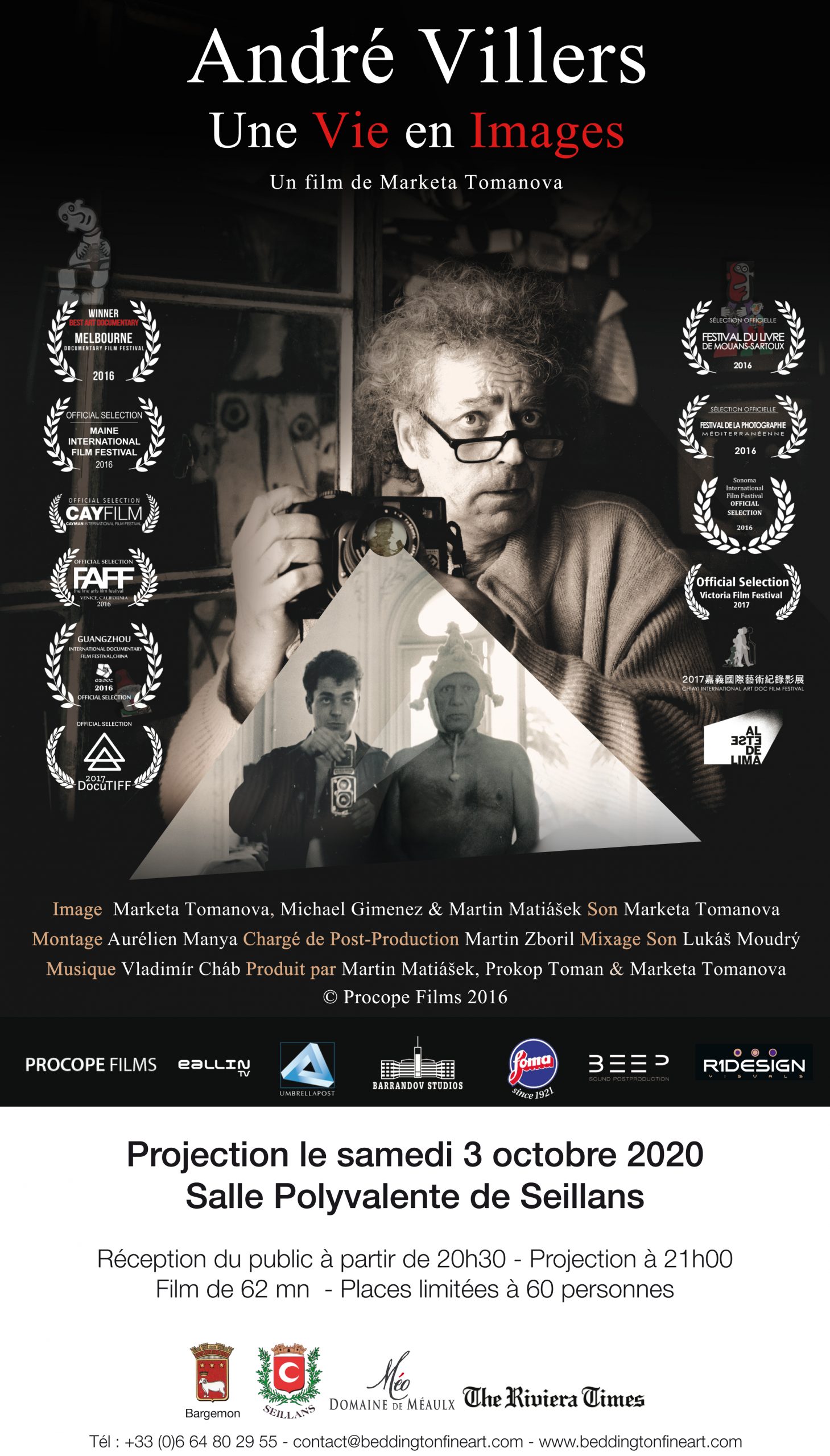 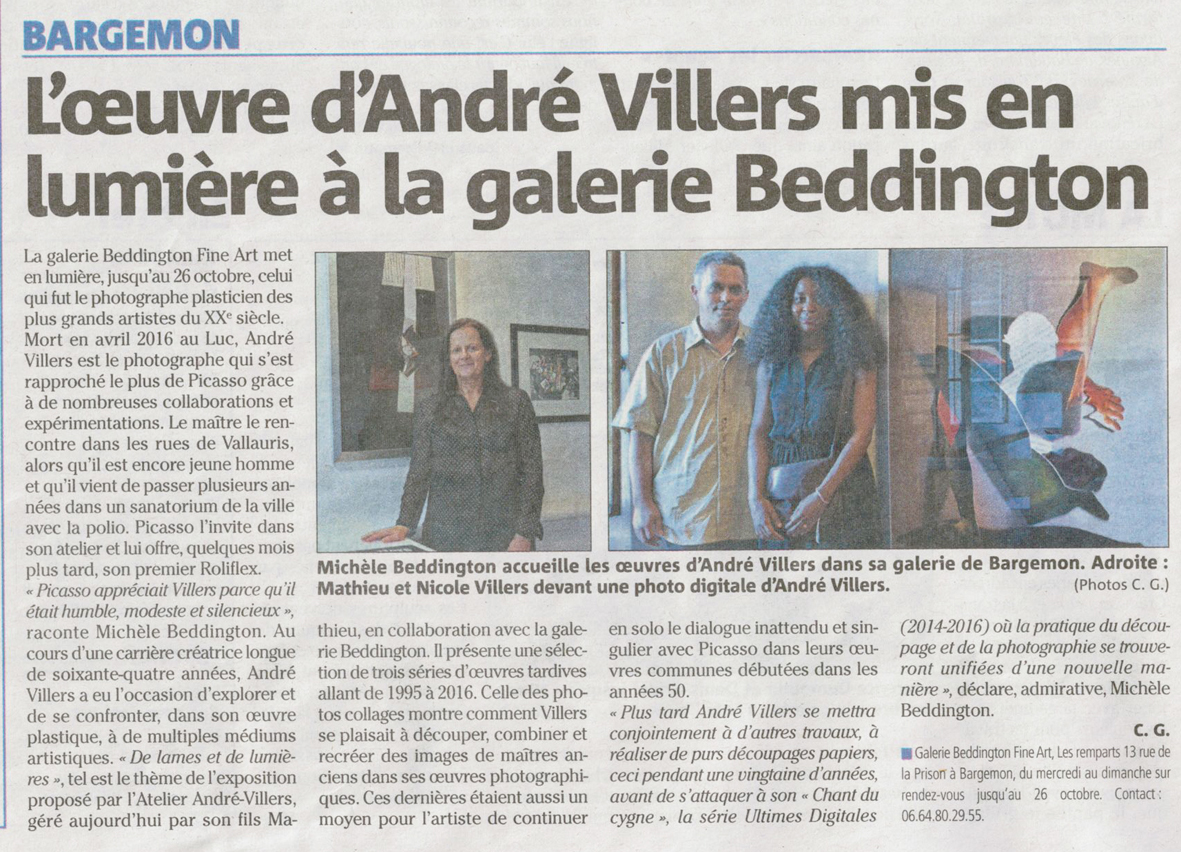 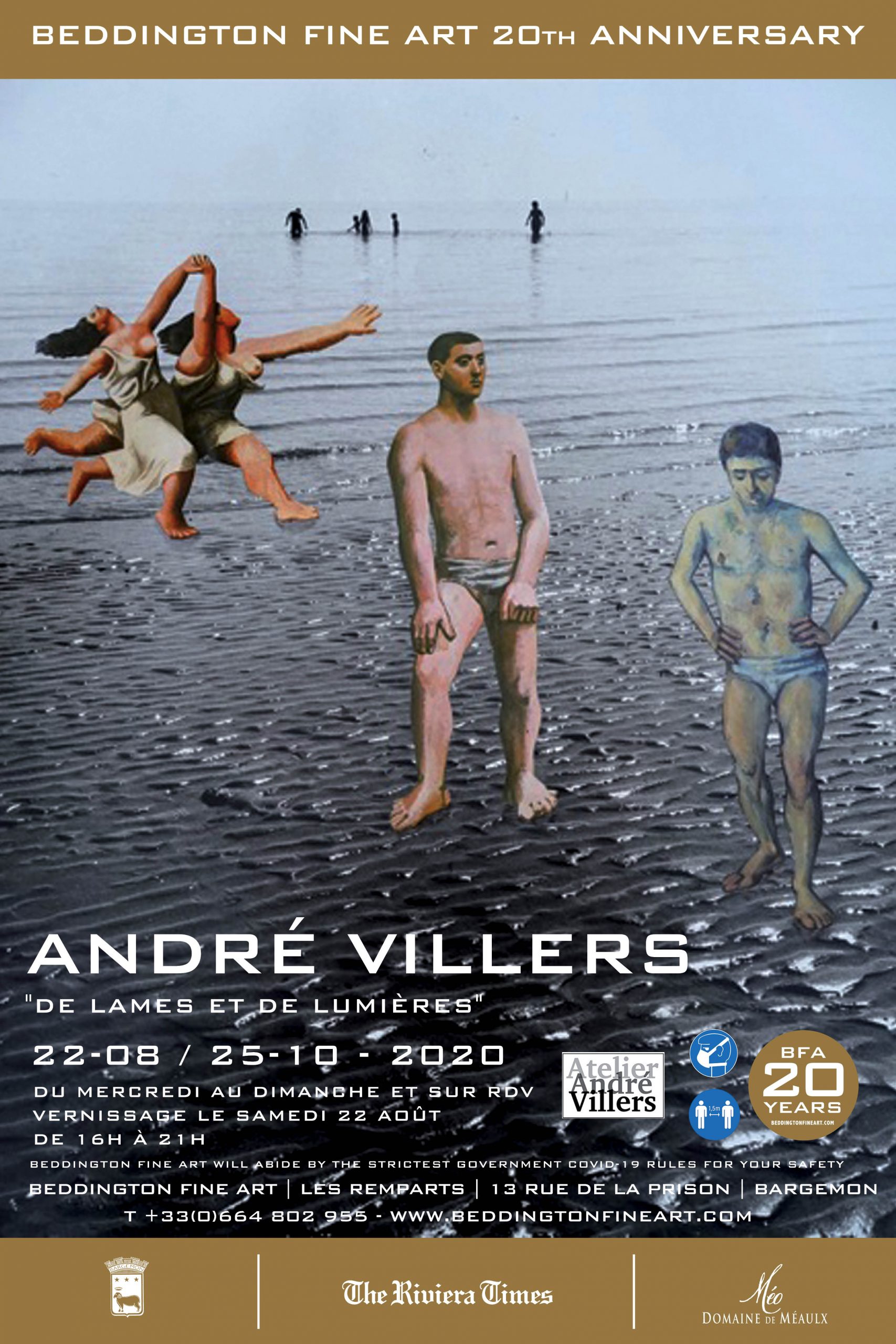 Throughout a 64 year long artistic career, André Villers was able to confront and explore a multitude of mediums. The André Villers Atelier is pleased to collaborate with the Beddington Gallery and to present selections from three series of his later works from 1995 up until 2016. Firstly, drawing from his Photo-collage series, in which he delighted in cutting out, combining, composing and re-creating within his own inner universe Manet,  Rembrandt, Van Gogh and many other Old Masters against his own background photographs. These photo-collages equally provided him with the means, on his own, to continue the exceptional and unique dialogue with Picasso seen in their jointly created artworks from the 1950’s onwards. Later on, in parallel with other projects, André Villers began creating the pure paper découpages series; this latter for more than twenty years, before setting himself the challenge of his swansong – Ultimes Digitales (2014 – 2016) in which the practice of découpage and of photography are now blended into one in a novel manner; André Villers creating and positioning his compositions; illuminating them with a magically penetrative light from his photographic lens; giving birth to artworks, like all those presented in this exhibition, made from blades and light. 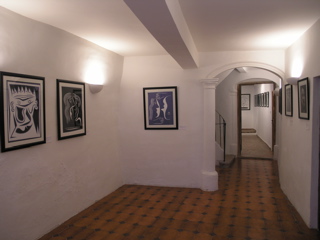 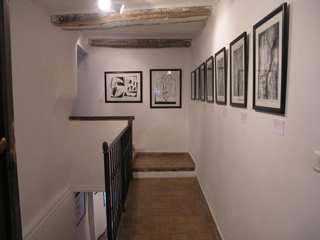 Several original manuscript works by Butor will be exhibited alongside Villers’ photographs and we shall also be showing a charming and light-hearted series of découpages by Villers. 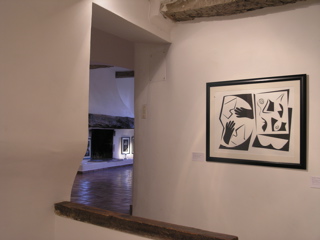 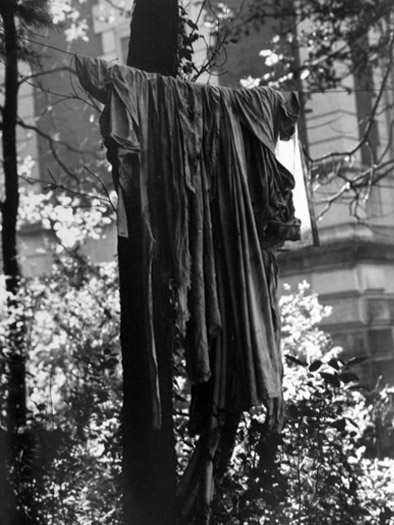 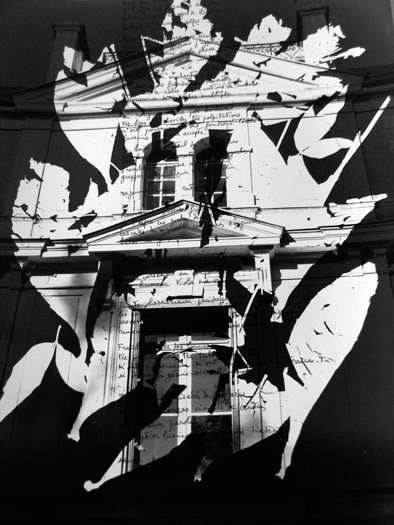 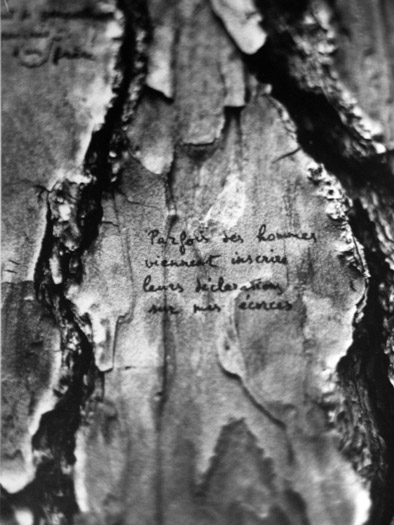 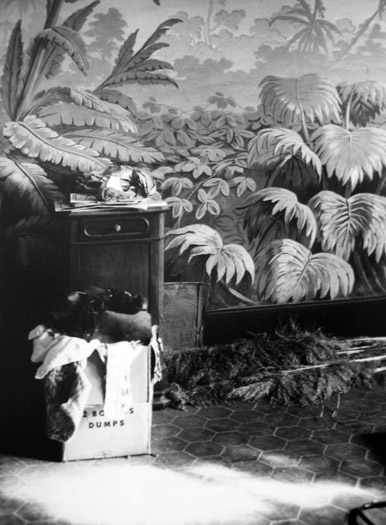 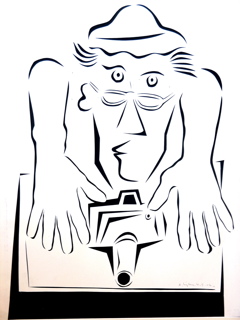 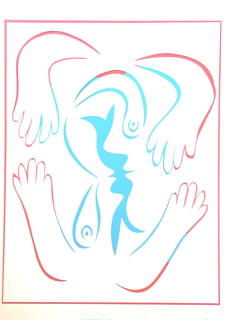 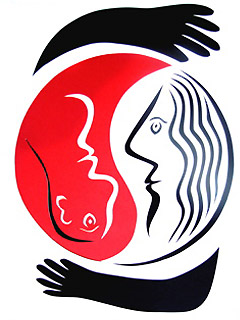 Born in 1930 near Belfort in the North of France, at the age of seventeen,Villers was sent down to Vallauris on the Riviera for long-term medical care. Despite being bed-bound for much of this period, he studied photography under Pierre Astoux.

Villers first met Picasso in 1953 and was granted access to his ateliers, the immediate fruits of these frequent visits being the present from Picasso of a brand new Rolleiflex, camera and the cementing of a relationship unlike any other the Master had with his photographers, and which was to endure until Picasso’s death in 1973.

Such a long collaboration gave life to many important projects, none more so than « DIURNES », 1962, photographic experiments and montages with texts by Prévert, and, unforgettably, those many images of Picasso known the world over.

From 1953, Villers had begun photographing the great writers and artists of the time, Aragon, Léger, Chagall, Dali, Le Corbusier, Miró, César, Max Ernst, Hartung, to name but a few, and from the 1960s, his work was more and more exhibited throughout France.

In parallel with his portraiture and highly important documentation of Picasso at work in his ateliers, Villers’ creative and experimental studies took shape, from exhibitions of « Ombre des Sculptures » (Giacometti) and « Saisir les Ombres » in 1967, « Ex Photos », « Photométries »,  « Pliage d’Ombres » through the seventies to the photo-collages and découpages of more recent times.

He has collaborated with many great artists and writers ( Aragon, Prévert, Butor, Francis Ponge, Jiri Kolar, Daniel Schmitt) and his work has been exhibited at the Pompidou Centre, the Royal Academy, in Bucharest, Prague, Hamburg ,Cologne, Rome, Barcelona, in New York, Québec, Japan and Korea.

For his 75th birthday on the 10th October 2005, his home town of Mougins honoured him by renaming the Museum of Photography, « Le Musée André Villers ».

Exhibitions in Milan, Rome, the South of France, and New York attest to the continued demand for works by this « Alchemist of the Shadows » who is still working in his laboratory.

Guy Beddington first met André Villers in 1987 in Mougins and his first exhibition « Corps Célestes » was in 2003 with mixed works by Villers, his wife Chantal Villers and great friend Michel Carlin.

A moving display of original photographs by André Villers and poetry by Michel Butor combine to mark their time spent with Roselyne in June 1981 sharing the last days of an 150 year era of private ownership, prior to this beautiful property passing into the hands of Sean Connery.

Friends and collaborators on numerous projects, exhibitions and publications since their first meeting in 1973, Butor is inspired to write emotionally-charged verses on the trunks of trees in the château gardens, which Villers photographs, preserving them for posterity. 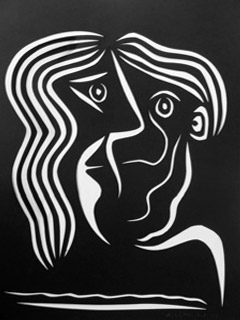 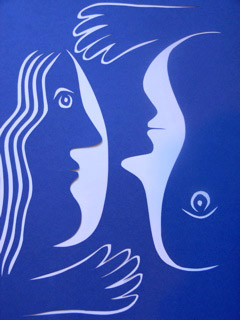