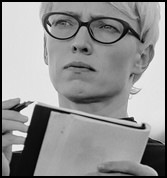 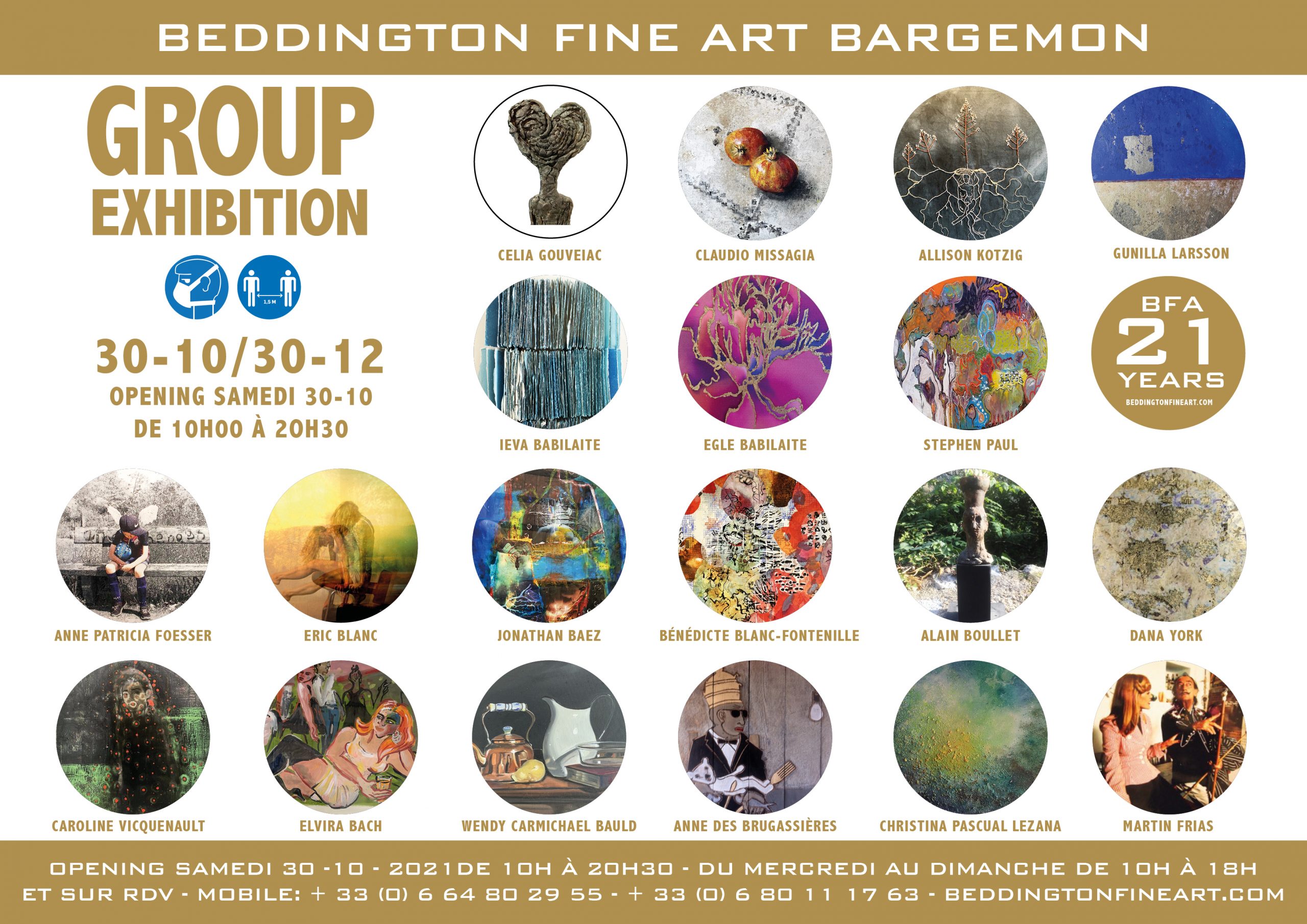 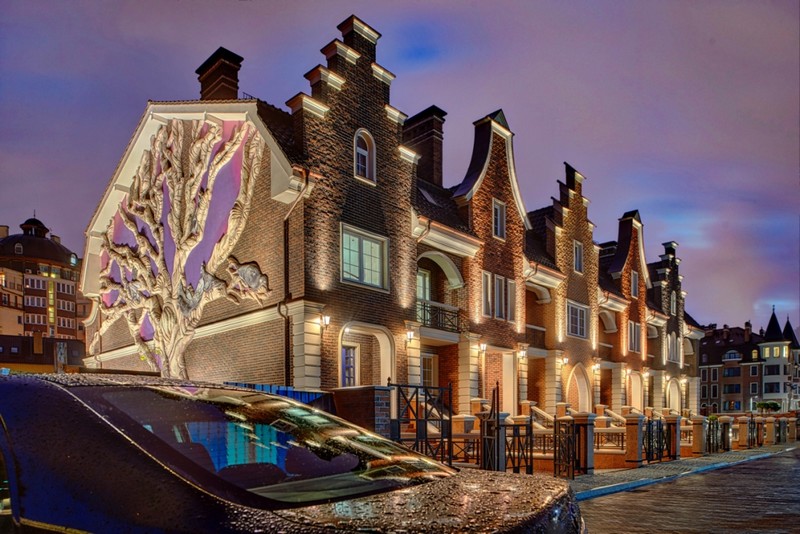 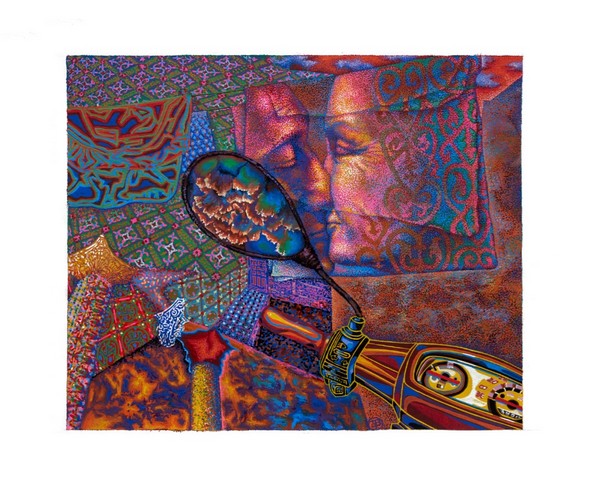 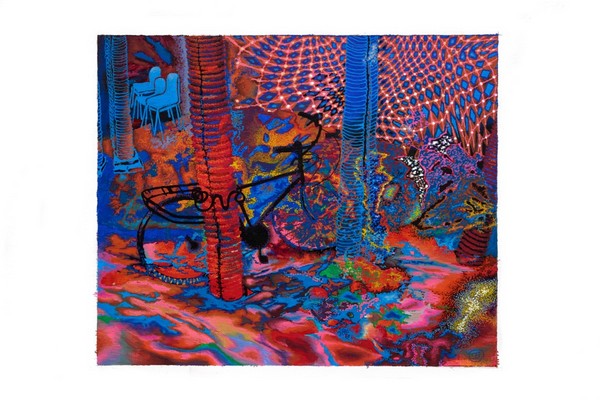 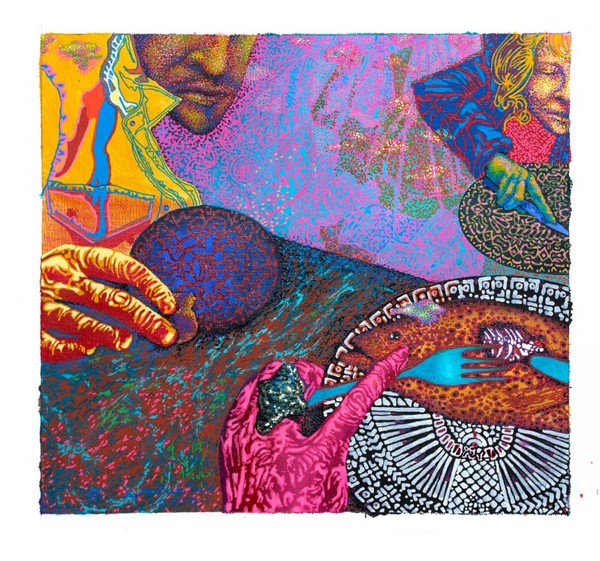 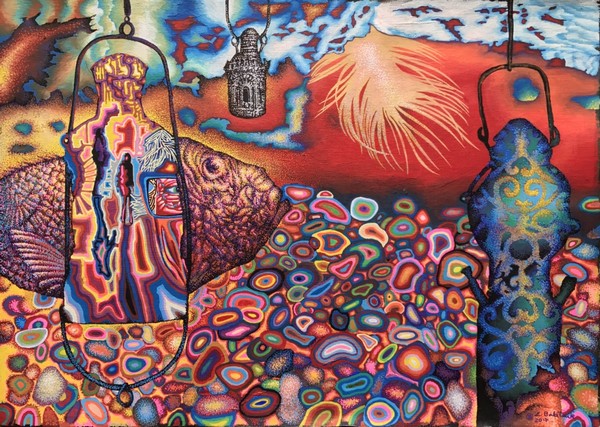 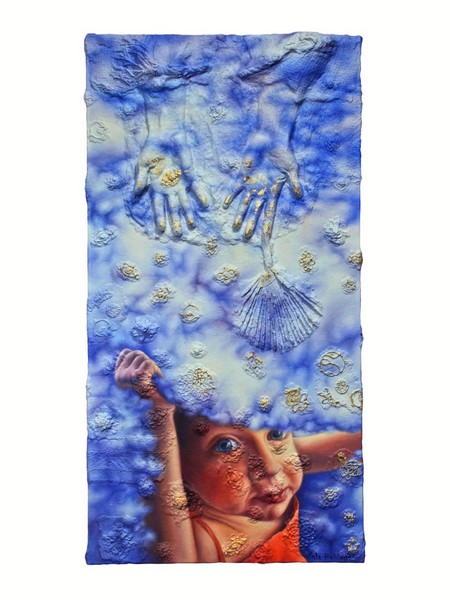 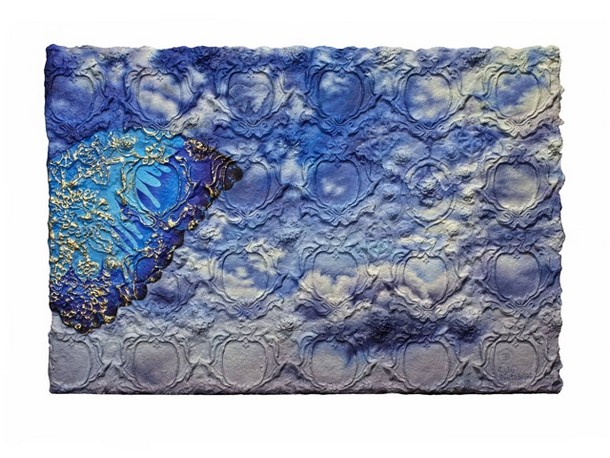 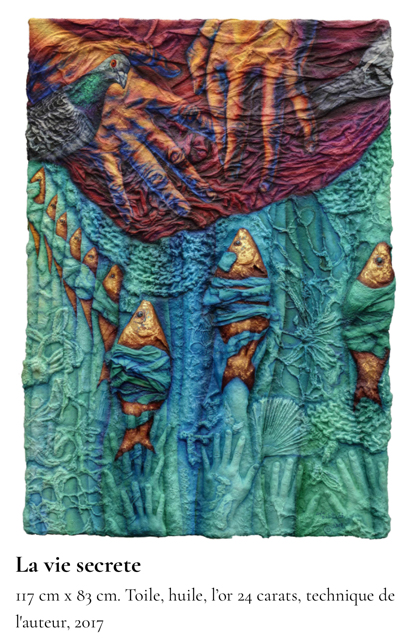 Ieva : What inspires her artwork?  Is it possibly the Universe or the Ruler of the Universe? Could it be a crack in the wall? To find silence in paper when its whiteness provokes to destroy it is ingenious in the least. In her mind, she has a little factory of dreams, all kinds of toys and ideas that keep whispering:

keep silent, breathe quietly, stop rolling your eyes, restrain your glance, look at an insignificant shred that tenderly hugs another one, creating an infinite space of the humming silence,
take a deep dive into nothingness.
She carefully fingers each scrap of paper, herself in a special free-of-thought state.

I recommend all miserable vagabonds to quiet down for at least a short while and to gawk at the stories of lines, combinations and papers created by Ieva. To find some true, un-made stories. While if someone cares for her creative achievements and awarded books, they all are there in the virtual space: www.facebook.com/ieva.babilaite

I am the one who is a vagabond. One of my last works is a huge picture in relief created in a public space, 95 x 2 m in size. When working on it, I was joking that I have no constant place for my work. With the changing living surroundings – countries and towns – the idea of having a more constant personal space comes true in one’s imagination – and during certain stretches of time, full of surprises and including new acquaintances and friends.

For an unlimited time, I settled in the south of France, in the mountains. There I discovered a setting that associates with me, and the River Var. After a drought, the river’s sprawling veins wind around obstacles, gnawing a way along new invisible routes hidden from the scourging sun. What a joy to me are these visiting libertine birds of motley feather. It occurred to me they would make a nice company to my dear ruffled paramedic vulture. The bird’s unfussy nature fascinates me, how it feeds on carrion and is content with every poor creature about to leave this world. Someone impossible to tame and domesticate, only to admire.

According to Ieva, a girl depicted in my paintings takes risk when walking among the black birds. By doing this for a long time, she has learned how to juggle and evade a collision with a coal black beak of the bird. Being nearby, within a glance reach, and longing for tenderness, she hopes to make friends. With a bit of luck the girl may escape being eaten even if she stumbles and leans into a feathery belly of a bird.

My silence is pregnant with sounds, movement and anxiety, the unexpected, awesomely luxurious depressions in the bluish skin that covers the skull of a bird. In my painting, I reference the goldshot eyes of a bird. Without any sweetness, the all-pervading mundaneness astounds and transforms the reality of the coming moment.

Eglė : Frankly speaking, if I were to select an artist to exhibit with, I would never choose my sister. There are several reasons to it. One of them is being too familiar with the inner content generating her art what prevents me from perceiving her works not in connection to her and objectively. However, the habit of constantly drawing comparisons, shaped by our environment from the early childhood, seems like a provocation to exhibit our works side by side – yet not too close – as a form of declaration of our differences.

Finally, the curiosity to stage a show together after a long intermission (15 years) takes over. It is not due to a desire to be compared, but for the sake of an opportunity to find new points of contact and ‘have a chat’ in a joint exhibit. No matter how much we are similar or different, even the scientists have difficulty in explaining the link between us. It is so intriguing to peek into the fascinating world of the twins.

Yes, I can see the same wrinkles gather around our eyes when we smile, the same prominent teeth (our distinctive feature), even when tired we look similar, yet it is only form, while the content is like follows: Exhibition Twins? – a fine opportunity to get together and spend some time after a long separation … in Carros village.