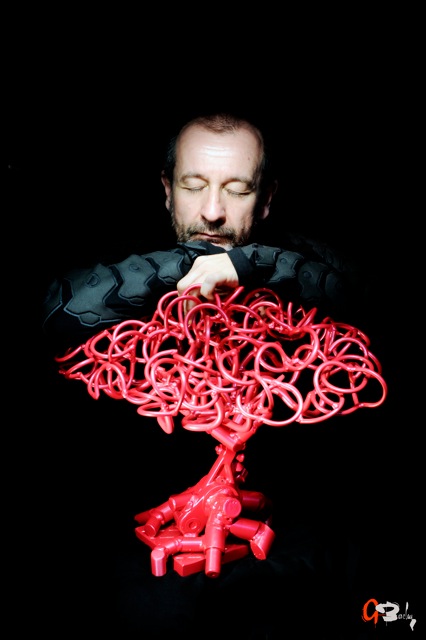 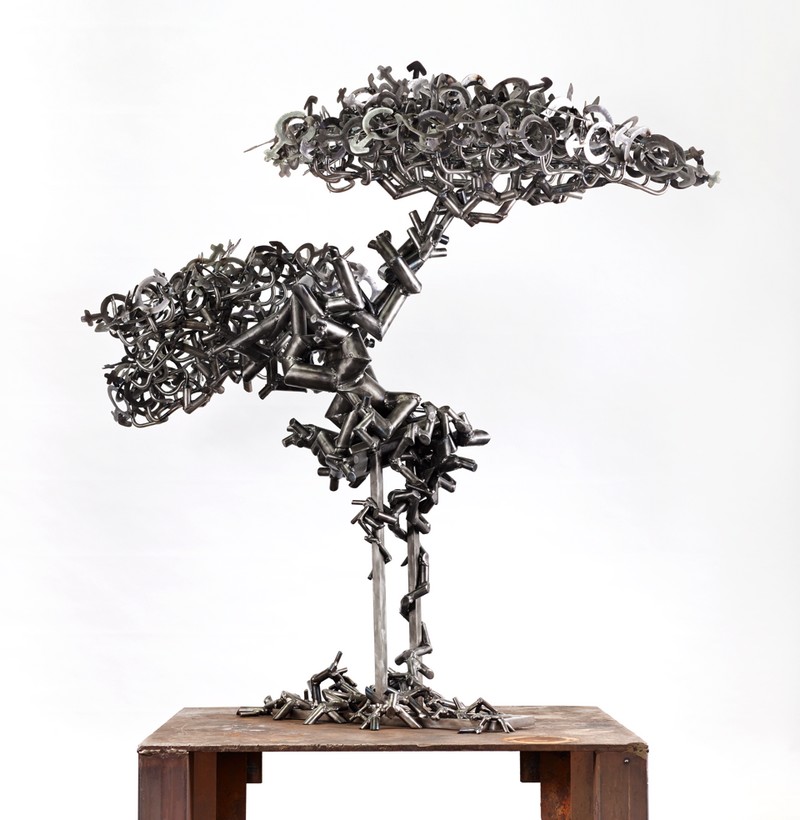 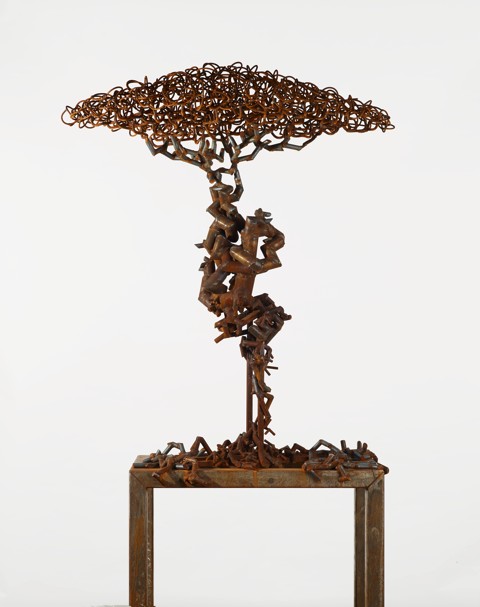 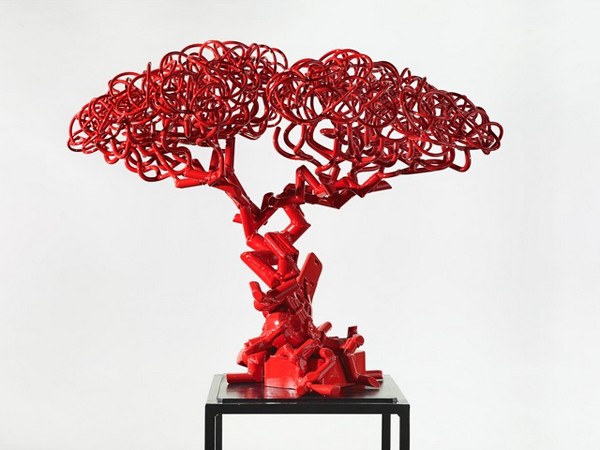 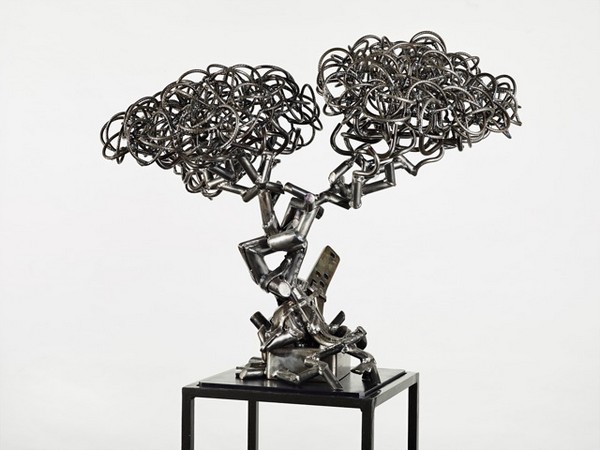 Laurent Bosio’s artwork can leave no one indifferent. It combines telluric force and liberty of expression. « You love it or you hate it » states the artist.

What is remarkable in his œuvre begun over twenty years ago is the power and sincerity it exudes. From the days of his polychrome and metal monsters to today’s bonsaïs, it is easy to measure the value he attributes to his sculptures and to the profession as a whole.

Equally noteworthy is his constantly mutating imagination via his paintings’ brushwork and use of colour which combine to give birth to his fantastic bestiary.

Without contradiction I can say that the more evident and simple he sees it, the more complex and monumental is the dimension of his work.

Laurent Bosio is among those who allow their imagination to run free of all convention, Proposing for us not without humour his highly personal universe where exaggeration is the rule ; is this not the most ‘niçois’ of traits ? Whether or not his work displeases some is of little concern to him.

He is often quoted as saying that form is merely an evolutionary pretext and that he draws from his environment a transformational force ; the roots of a tree, a rockface, urban architecture, the streets, markets, automobiles and people, all of which he re-mixes to become organic substance : a corpus of work that exceeds the confines of physical and mental space : an œuvre that signals liberty while others speak of beauty and ugliness. This is an artist who aims at visual impact, as one might play darts : the essence being to hit the target with a minimum of shots.

So, if it is the case that Laurent Bosio affirms the truth, it is surely because in his day-to-day life, I recognise his modesty, sincerity and generosity. 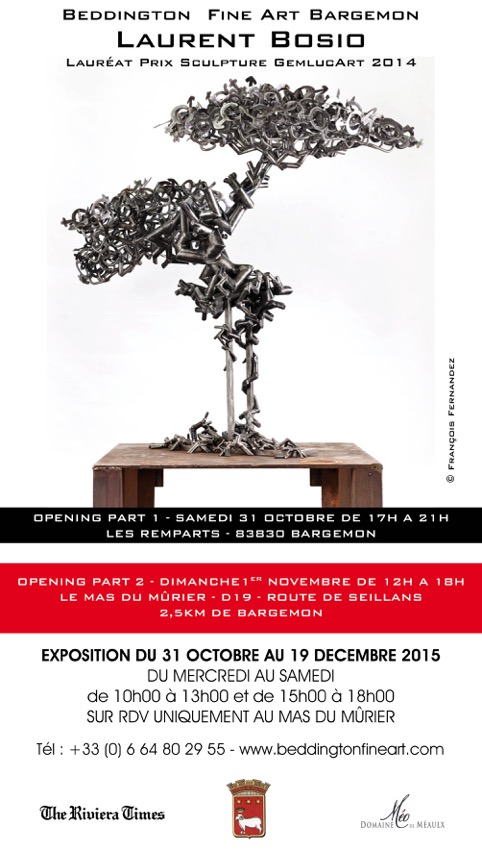 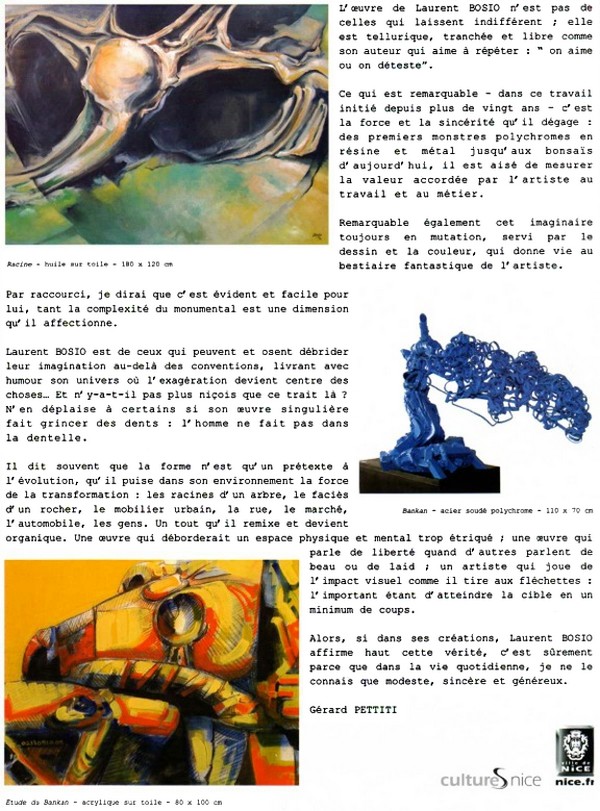