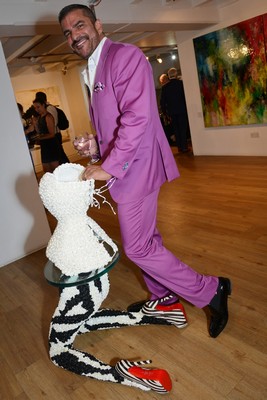 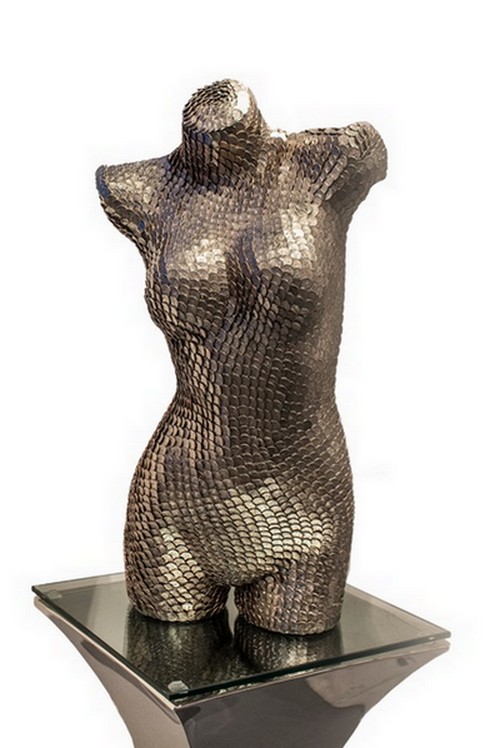 William Braemer is a South Florida artist who also owns his own gallery in Miami’s Wynwood Art District. His artwork is the result of an amazing life experience and a personality that hungers for rich, character-defining adventures. He is a prolific artist and creates large format, mixed media paintings as well as elaborate coin sculptures. William’s paintings can be defined as abstract expressionism; notably flavoured with valiant colours, rich strokes and provocative themes. William states “my intense passion and extreme love of life is the foundation of my creativity. I like to define my artistic style as abstract in nature coupled with an expressionist quality. My interpretation of a subject matter is transformed into rich, vibrant bold colours, they are an awakening of the soul, uplifting and radiant. They evoke many moods and each piece I create is a moment in my life and a reflection of that moment in time.” William’s paintings are created in custom sizes and his mediums vary to include moulding paste, cement, crackle medium, oil pastels, oils, acrylics, pumice, gold leaf and variegated leaf, sand, resins, even recycled shredded paper. His ornately crafted sculptures are labour intensive and, thanks to his tenacity and determination, are completed after many months of continuous work. William’s full body and torsos sculptures may include US and Canadian pennies, US dimes and nickels, sea shells, resin flowers, miniature pearls, glass stones and recycled paintbrushes. Some of his sculptures even wear Christian Louboutin’s famed red sole shoes.

William’s artwork appeals to a wide cross-section of collectors. His works can be found in private and public collections around the world and he works closely with many interior designers creating commission paintings and sculptures for a variety of private and commercial properties.